Update: You need to check the website to see what I’m talking about

The police (not the band) in general is a problematic institute. Giving average (and below) humans an excessive power and it’s likely that this power will get badly abused. I’ve always considered the Israeli police as somewhat average (average is relatively very good for a police).

Until I saw their pathetic attempt to create what they call the “Virtual Police Station“, created with the worst standards of the 90’s, this is clearly is a bad abuse of the Flash technology. 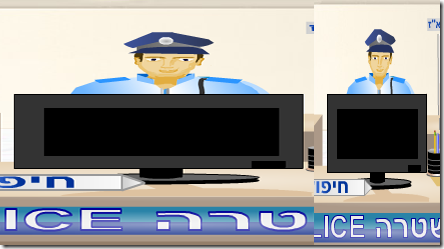 The police is not secure?!

Although the result is very bad, I must consider there’s might, only might be some users with a very low tech knowledge that might find this version of the website easier to understand. And for that doubt alone, and because I don’t want to be hunted by the police and spend the rest of my life behind bars. I’ll congrat them for the attempt to create something different 😉

Update: I’ve posted a real world example of this bug being exploited. This one has the same behavior…

Reliving your childhood through every browser

This is what fMAME is all about, it’s a MAME (Arcade Games Emulator) written in Flash that is…